Lecturer in Climate Science at the University of Melbourne
Andrew King

Australia experienced its second driest June on record in 2017 while it was the driest June since records began in 1900 in southeast Australia. Below I outline the methods used to investigate the role of climate change in this event.

I first checked which of the 16 models (Taylor et al. 2012; Table 1) with the required simulations for the analysis have a June rainfall anomaly distribution that is compatible with the observed distribution (following the method of Lewis and Karoly 2013; King et al. 2015). Precipitation anomalies were extracted from the Bureau of Meteorology’s observational data (using a 1961-1990 baseline) and compared with historical model simulations using the same baseline. 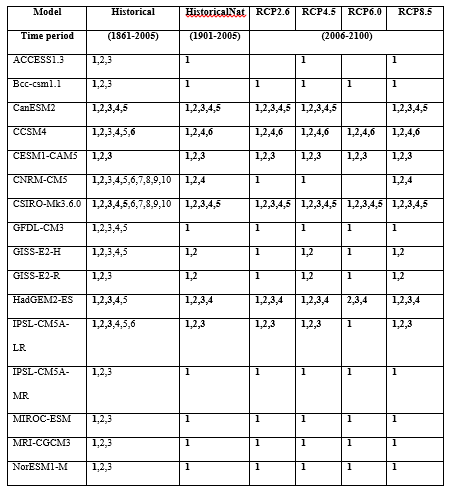 The change in the likelihood of dry Junes (below 50% of the 1961-1990 average) was computed between a natural model ensemble, based on historicalNat simulations, and an all-forcings current-world ensemble, based on RCP8.5 for 2006-2026. The Risk Ratio for dry Junes in the current world relative to the natural world was calculated using all available model simulations and on 10000 bootstrapped sub-ensembles (50% of paired complete simulations) so the sampling uncertainty could be quantified. The reported result is the conservative 10th percentile value of the change in likelihood.

The likelihood of dry Junes, similar to the event we have seen in 2017, is estimated for two future scenarios. Model ensembles representing global warming of 1.5°C and 2°C above a pre-industrial baseline were extracted from the model projections (following King et al. (2017)). These ensembles were used to examine the likelihood of high June temperatures at the policy-relevant Paris global warming targets. The 90% confidence intervals shown are derived from bootstrapped subsamples of the model simulations.
Powered by